Post-Traumatic Stress Disorder, commonly referred to as PTSD, can affect anyone who has experienced or witnessed a traumatic event. Not everyone who experiences trauma will develop symptoms of PTSD. For those who do, the condition may be confusing and difficult to understand at first. 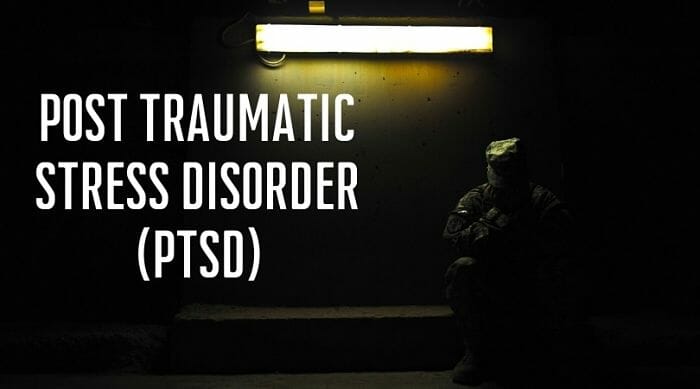 A Department of Veterans Affairs page on the official site reports that as many as 60% of all people will experience a traumatic event. Therefore, a large number of the population are at risk for developing symptoms of PTSD.

Post-Traumatic Stress Disorder affects people at all stages of life, ability, and age. Having PTSD symptoms does not make someone weak. It is a common response to a life-threatening or otherwise traumatic event.

Any life-threatening event may cause PTSD, whether the event happens to you or someone else. The Department of Veterans Affairs official site references many basic causes of PTSD, which can include but are definitely NOT limited to the following:

Three Things You Should Know about PTSD and The General Population

Three Things You Should Know About PTSD among Veterans

What follows is not to be interpreted as medical advice, a medical diagnosis, etc. It is a list of symptoms as described in the Department of Veterans Affairs publication Understanding PTSD and PTSD Treatment.

PTSD symptoms may include, but are not limited to the following:

This list of symptoms is not all-inclusive. Some sufferers of PTSD may experience all, some, or none of the symptoms mentioned here.

According to the Department of Veterans Affairs official site, those who answer “yes” to three or more of the following questions should definitely seek help for PTSD symptoms or related problems:

Barriers to Getting Help for PTSD

Those who suffer from any mental illness often feel stigmatized or have a sense of shame about their condition in spite of such issues being beyond the control of people to prevent. Creating awareness is the first step towards help. That’s why PTSD Awareness Day is on June 27th every year. There are several barriers to getting care for PTSD including:

Getting Treatment for PTSD

Military medicine, VA care, programs, and private treatment options are all potential sources of PTSD diagnosis and care. For those currently serving, it’s best to be evaluated as soon as possible to begin exploring treatment options with an on-base provider or an in-network facility.

Those who are diagnosed with PTSD by military doctors or civilian professionals should have medical records documenting this treatment. They will have an easier time filing a VA disability compensation claim for PTSD when it’s time to retire or separate from military service.

It is possible to be evaluated for PTSD as part of retiring or separating. Anyone experiencing the symptoms of PTSD should get evaluated immediately rather than waiting out an enlistment to get screened as part of out-processing.

There are many treatment options for Post-Traumatic Stress Disorder including, but not limited to the following approaches:

Talk Therapy can include three different types of counseling:

PTSD medications are also an option. Some of these medicines are used to treat symptoms of depression and anxiety. Most of such medication is available by prescription only. The medication part of your PTSD treatment will likely be recommended to accompany some form of counseling or talk therapy.

According to the VA official site, “These medicines affect the level of naturally occurring chemicals in the brain called serotonin and/or norepinephrine. The chemicals play a role in brain cell communication and affect how you feel. Only certain SSRIs and SNRIs are effective for PTSD symptoms.”

The VA mentions four medications that are thought to be effective for PTSD:

Of these four, the last medication (Effexor) is an SNRI. All the other medications are SSRIs.

Five Sources of Help for PTSD

The advice of the Department of Veterans Affairs Veterans Health Library includes a strong recommendation to talk to one of the five resources listed below if you experience any symptoms of PTSD:

Not all of these resources will put you in touch with a mental health professional, but often the hardest thing about getting initial treatment for PTSD is admitting there is a problem and talking to someone about it.

The Department of Veterans Affairs offers a resource called a Decision Aid that helps people experiencing PTSD identify different options. They help choose the treatment that seems best based on symptoms and how the condition affects everyday life.

The Department of Veterans Affairs has more information on help for PTSD on its’ official site including help finding a therapist.

Those experiencing suicidal feelings or self-destructive urges should get help immediately. The Suicide Crisis Hotline (1-800-273-8255) has a specific resource for veterans and the Department of Veterans Affairs offers a Veterans’ Crisis Hotline confidential chat resource.