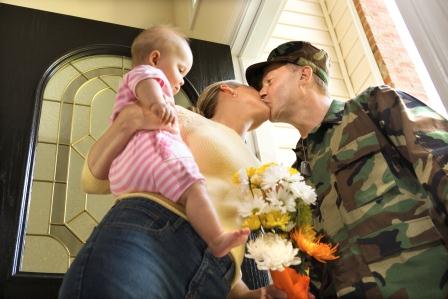 2013 BAH Rates have been announced.  Effective Jan. 1, 2013 active duty service members will see an average BAH rate increase of 3.8% or $60 for Basic Allowance Housing.  The 2013 proposed increase was 4.2% so this is slightly lower than anticipated but compared to 2012 where it was 2% it is much better.  Find out more on the 2013 BAH and BAS rate increase here.

Reminder: Service members have individual rate protection against any decrease and only newly reporting members to the these locations would receive the lower BAH rate.

The House Committee on Armed Services passed the National Defense Authorization Act for Fiscal Year 2013.  The proposed average increase for 2013 BAH (Basic Allowance for Housing) rates is 4.2%.  This is the same as the proposed BAH rate for 2012 and in 2012 the final average BAH rate increase was 2%.

Excerpt from the DoD budget via the Under Secretary of Defense (Comptroller) public website: For the basic allowance for housing (BAH) and basic allowance for subsistence (BAS), the FY 2013 budget request includes a 4.2 percent average rate increase in BAH and a 3.4 percent increase in BAS effective Jan. 1, 2013. However, the actual increases will be based on a “by location” housing market analysis conducted for the Department of Defense and a food cost index prepared by the Department of Agriculture, both of which are measured much closer to the effective date to ensure they best capture the actual cost impact on the service member.

Veterans, dependents, National Guard and reserves can use the MHA Calculator to see estimated monthly housing payments for the GI Bill which can differ from the BAH calculator.

The BAH rate increases are effective for all branches of the military; Air Force, Army, Coast Guard, Marines, Navy and Reserves forces where applicable.

VA Loans for Children of Veterans

VA Loans for Children of Veterans